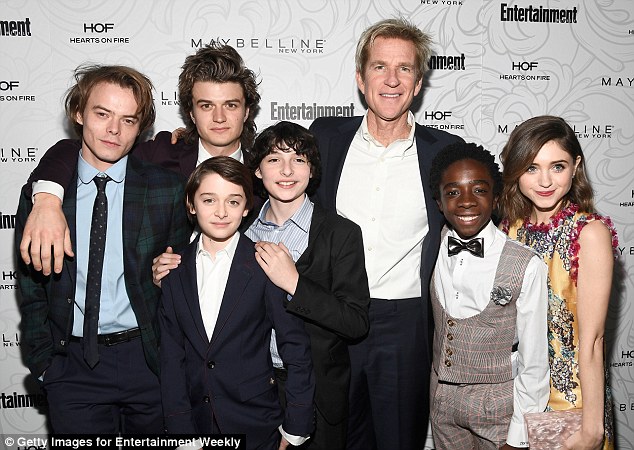 Stranger Things has taken the digital world by storm, and if you haven’t seen it yet, you’re missing out. Calla Perdue, 8th grader, provides insight for this circumstance. Axel Reyes, 8th Grader, contributes a similar TV show for Stranger Things if you’re looking for a similar show.

“Something that makes Stranger Things different from any show I’ve ever seen is that it’s a mix of science fiction and mystery, and a little bit of horror all rolled into one,” said Calla Perdue,8th Grader.As a matter of fact, the show’s writers used inspirations from famous authors such as Steven Spielberg,Stephen King, and John Carpenter.

“It’s not like any show that I’ve seen before, but if I had to compare it to something, it would be Black Mirror,” said Axel Reyes,8th Grader. Black Mirror is a Tv show that contains a different plot for every episode. For example, episode one could be about a Sci-fi alien attack, and episode two would be set in Georgia in the 1980’s. The possibilities are endless, but I think where Stranger Things come in is that Black Mirror has major plot twists and practically keep you on the edge of your seats.

Over the past couple of years,Netflix has paved a path with it’s original Netflix series. Such as, Orange is the New Black, 13 Reasons Why, and Stranger Things. “I think it overall gives Netflix a good name,” said Perdue.

If you haven’t already seen Stranger Things, what are you doing? With a 95 percent approval rating and 4/5 stars on Netflix, you’re sure to enjoy this series. Stranger Things has impacted social media and the internet greatly, and Season two is only going to make it better.