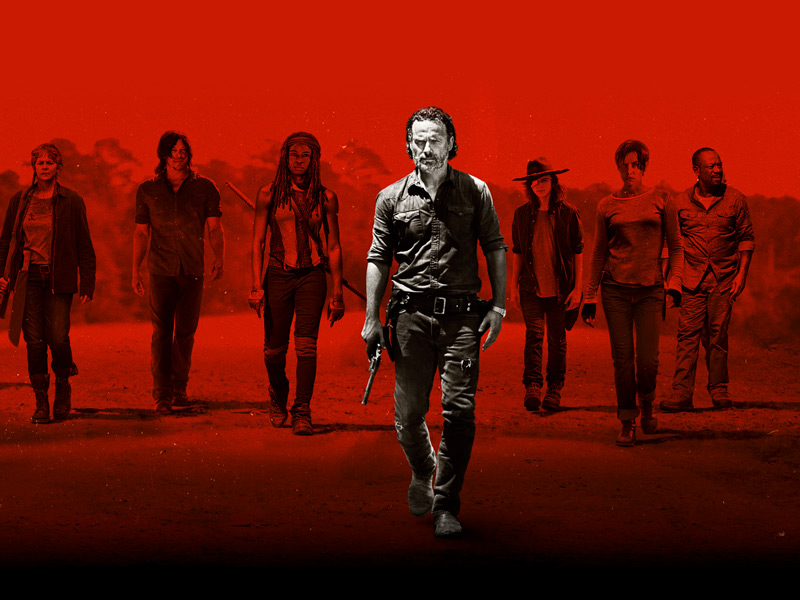 (Spoiler alert. Read at your own risk!)

Waking up in an empty hospital after weeks in a coma, County Sheriff Rick Grimes finds himself utterly alone. The world as he knows it is gone, ravaged by a zombie epidemic. “The Walking Dead” tells the story of the weeks and months that follow after the apocalypse with many more characters being found and rescued.

“The Walking Dead” is a show that has a lot of drama and the biggest cliffhangers and problems. This has a really big fan base, which includes me. I want people to know that this show is not as bad as everybody thinks it is. It’s also a show that’s not meant for young viewers because it can be very graphic but I do know a lot of people that watch this show because they think it’s a very serious show that leaves you on the edge of your seat just pondering about what could’ve happened or what’s going to happen.

Just like the characters, this show doesn’t really have one setting. They go to places such as camps they’ve set up themselves, a prison, a farm, a hospital, a community place called ‘’Alexandria’’ and many others. They are always traveling because the walkers are always following them and there are always bad people trying to kill them. I guess you could say that one main setting was the prison that they stayed in for shelter, but it was later taken over by the governor and his people who live in Woodbury.

Just like every show, they are really important people that end up dying. Well just like any other show, people die in this one. The only thing is, is that it’s not every now and then, it’s more like every episode that people die. There are many important people that die in the beginning of the show, but this past death from season 7, Glenn Rhee ( Steven Yeun ), where, Negan, the leader of the Saviors, beats Glenn with a bat he names Lucille. Everyone went crazy over his death, including me. “I was really sad and scared that that happened and it was really gross what Negan did to him, but I thought it was a crazy death,” said Hailey Fling, 8th grader.