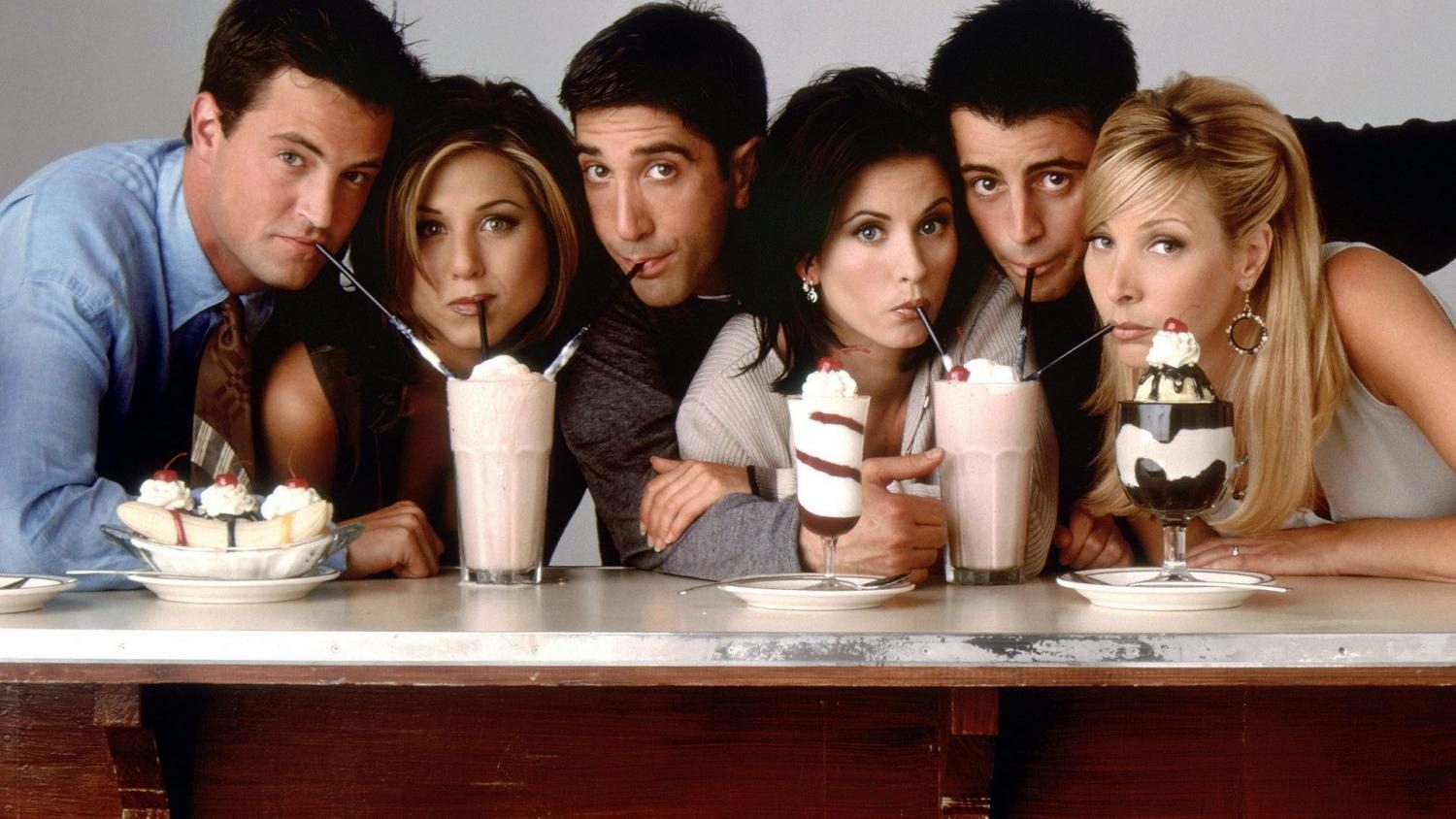 Friends is an American television sitcom about six twenty-something friends and everything that is happening to them.

My favorite character is probably Phoebe (though it’s hard to decide). I like Phoebe because I can relate to her. We’re both really weird, and care a lot about nature and random superstitions we have.

The show takes place in New York City, mostly in Monica’s apartment, Joey’s apartment, or the Central Perk coffee shop. This sitcom does show different places, such as the different character’s apartments and their workplaces, but mostly it just shows the first three places listed.

Lots of people have watched this show, for many different reasons but mostly for it’s way of tying in different aspects of real life. “Friends is a show that ties in comedy, romance, and drama. I personally love the show and like to watch it in my spare time,” Morgan Wilson, 8th grader.

This is my favorite show ever, because it ties in drama and romance, but also has some comedic parts to lighten things up. Also, the characters all have really detailed backgrounds that just make sense. “It’s funny, sarcastic, and also has some good life lessons and some sad bits,” said Peter Cole, 8th grader. “It’s a type of show that you like to re-watch over and over unlike other shows where you get bored.” I agree with Cole, it’s just a timeless show that you can watch time and time again.

My mother watched Friends when it was on air and she’s just now watching it again with me (we’re on season 8 so far). “I like that it’s funny, and that even though it’s been about 10 years since I last watched it, It’s still retained its comedic value over time,” said Stacia McBrierty, my mother.