Personal view: ‘The Office’ is fun show to watch 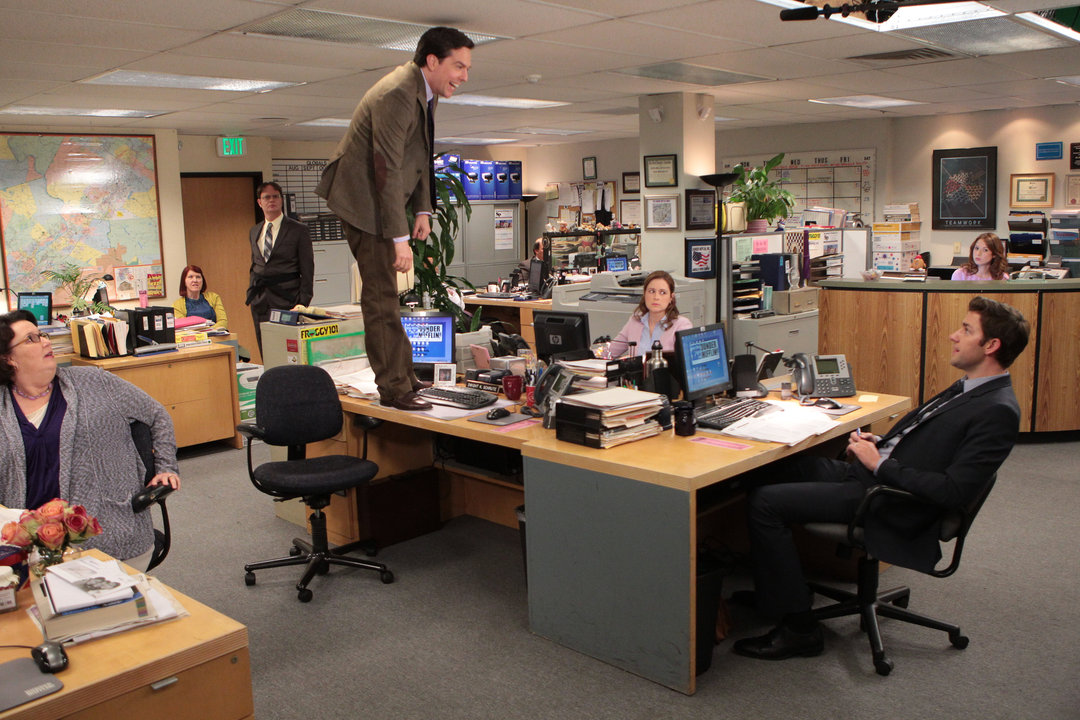 Photo from "Livin' The Dream"

‘The Office’ is a show on Netflix starring Steve Carell as Michael Scott, the eccentric manager of a paper distributor office distracting his employees from doing their work.

John Krasinski who plays Jim Halpert, one of the main salesman in the office who has a close relationship with Pam Beesly, played by Jenna Fischer. Dwight Schrute is the salesman with the highest number of sales who also serves as the assistant to the regional manager, played by Rainn Wilson.

‘The Office’ is a comedic show set in Scranton, Pennsylvania during present times. Airing from 2005 to 2013 it was a remake of the UK version of the office. It is set like a documentary, even though it isn’t. It includes everything a normal paper office would, but with certain twists. They never get anything completed yet they were still in business.

“The Office” is a great show because it incorporates the documentary feel yet there are actors portraying roles. Also it is a complete comedy, from the crazy office manager to the pranks the employees play on each other it is just unbelievably funny.

“My favorite character is Pam Beesly, because she reminds me of Peggy from the musical ‘Hamilton,’” said Delaney Costello 8th grader.

“My favorite episode of ‘The Office’ would be the Pilot episode because, I like the part when Jim puts Dwight’s stapler in jello,” said Savannah Castillo 8th grader.

“My friend told me about ‘The Office’ at her birthday party,” Costello said.

‘The Office’ is a great show about making the normal boring life fun and enjoyable, this is how Michael Scott, the manager puts the atmosphere of his office. I recommend ‘The Office to anyone who loves serious comedy.