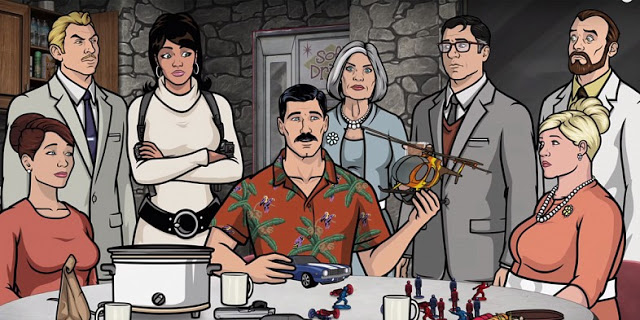 This show started September 17, 2009 & ended June 2, 2016. This showed is aired on FXX and Netflix. This show has 8 main characters & they all take secret missions across the globe to stop other agencies from stealing worldwide or even to assassinate another agent. But they always run into trouble when they have missions, the main characters are Sterling Archer, Lana Kane, Malory Archer, Cheryl Tunt, Pam Poovey, Cyril Figgis, Ray Gillette & Dr. Krieger.

I enjoy this show a lot; the ratings of this show has 96% rotten tomatoes. ⅗ Common Sense Media, but this show has been airing for years now but I just started watching this show and I love it. So, I decided to make my article on it and interview my fellow classmates about it.

Some Dobie students enjoy the show.

“ I like the sense of humor of the show because I feel like laughing. It is healthy for you and this show makes me laugh a lot,” said Lavonya Lakey, 8th grader. Ayana Alexander says her favorite things about the show.“ I think it’s a pretty cool show because it is adventurous and that’s my favorite genres along with comedy,” said Ayana Alexander, 8th grader.

Lakey talks about her favorite things.“ I like secret agent shows but I also like that it’s not just a secret agent show , but that it’s funny,” said Lakey. Alexander enjoys the first season.“ I’ve watched the first season and I love it,” said Alexander. Lakey talks about her favorite character.“ Archer is my favorite character because he’s the leader, he’s funny, and i like his hair,” said Lakey.