Personal View: Grey’s Anatomy is one of most popular shows 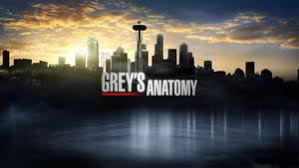 Grey’s Anatomy is one of the most popular show people watch. It was made in March 27, 2005. The series focuses on the fictional lives of surgical interns, residents and attending physicians, as they evolve into seasoned doctors while trying to maintain personal lives and relationships. It is  important because it helps become a better person and still fight everyday no matter how big the problem is or how small it can be.

The actors in the show make everything interesting. They know how to get into the scene and act the part. They make everything so over dramatic and such a big deal when it’s only a small problem. They mostly cast at Grey Sloan Memorial Hospital or at one of there houses/ apartments.

“ My favorite season so far would be season four,” Veronica Rojas,7th grader.

“ Did you say why? Because, George O’Malley and Izzie Stevens are together and it’s like so dramatic,” Rojas said.

“ Everyday. I watch it when I’m on the bus and when I get home then I fall asleep because that tv show is lit and sometimes it can be funny and be very sad,” Rojas said.

“ No one I watch it by myself. Because, if i watch it with somebody uh huh no,” Rojas said.

“All of them, because they can be so dramatic and make it a big deal,”  Rojas said.

“Because it’s so dramatic and I wanna be a doctor so it kinda helps too,” Rojas said.

The show is so over dramatic and interesting. There are so many twist and turns with the show.  Once I start watching it I get into the show. “At home, on the bus, at dinner, everywhere,”  Rojas said.