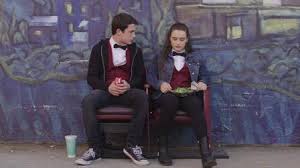 The new show catching everyone’s attention is Thirteen Reasons Why. “People — no matter what age — you can relate to this story,” Selena Gomez said. “Everyone has gone through this. And more than ever, this should be talked about today.” Gomez says to CNN news about the new series Thirteen Reasons Why.

Thirteen Reasons Why is a new Netflix original series- Hannah baker played by Katherine Langford, an 18-year-old who lives in Los Angeles, has committed suicide but did not leave without her reasons, she recorded tapes for the people that caused her death thirteen reasons and thirteen people.

This show was released March 31,2017, and it is still blowing up in popularity. “I think it’s so popular because of the message it gets across; suicide affects many different people in many different ways,” said Bailey Michalec, 8th grader.

Since this show has been released and everyone has been raging over it. Claire Burton, 7th grader stated, “I think this show will win awards because in someway it’s showing that actions that some people do or say can affect someone.” The new Netflix series is dedicated to the New York Times best-seller book Thirteen Reasons Why, a novel by Jay Asher.

In this series there are multiple different characters many of which are the ones that have something to do with Hannah Baker death. “My favorite character is Hannah Baker because she has a bold spirit and she’s not afraid to show her true self,” said Shayla Dunsirn, 7th grader.

No matter your age, it’s likely that you’ve been in at least one of the situations depicted. A party, a conversation, a date, a relationship, a friendship. While created for adolescents, Thirteen reasons Why has a storyline along with every other book, show, and movie out there.

The story line gets to people sometimes they could take it as a good thing or not such a good thing. “This show and the story line of it makes me upset because Hannah has to go through all of that and on top of that she killed herself,” said Dunsirn.