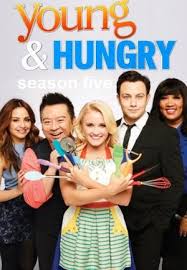 The show Young and Hungry is a comedy, love, and drama type of show and it was created by David Holden. Young and Hungry first showed on June 25, 2014. There are 5 seasons so far and it shows on the channel called Freeform.

Young and Hungry is about a girl named Gabi who desperately needs a job because she and her roommate/best friend can barely pay rent each month for their tiny apartment. Gabi looks for a job as a chef because she was inspired by Julia Child, a show her and her mom used to watch together before her mom past away.

And she finds one with a wealthy tech entrepreneur, Josh, but she’s up against a famous chef, that Josh’s publisher, Elliot, would rather have than  Gabi.

But from the help from her best friend Sofia and Josh’s housekeeper Yolanda, Gabi got the job. Something happens the first night that started some awkwardness between Gabi and her new boss Josh. From there, there was a lot of drama and confusion.

“My favorite part about  the show is the different love triangles in the show because there are a few of them,” Barcenez said.

“Sometimes I get annoyed because Gabi (Emily Osment) and Josh(Jonathan Sadowski) are always going back and forth,” Barcenez said.

“What I like most about the show is the comedy between all the characters,” Pina said.

“My favorite character is Yolanda(Kym Whitley) because I just love how funny and sarcastic she is but she can also be supportive and caring at the same time,” Pina said.