My first time being a Black Belt testing partner 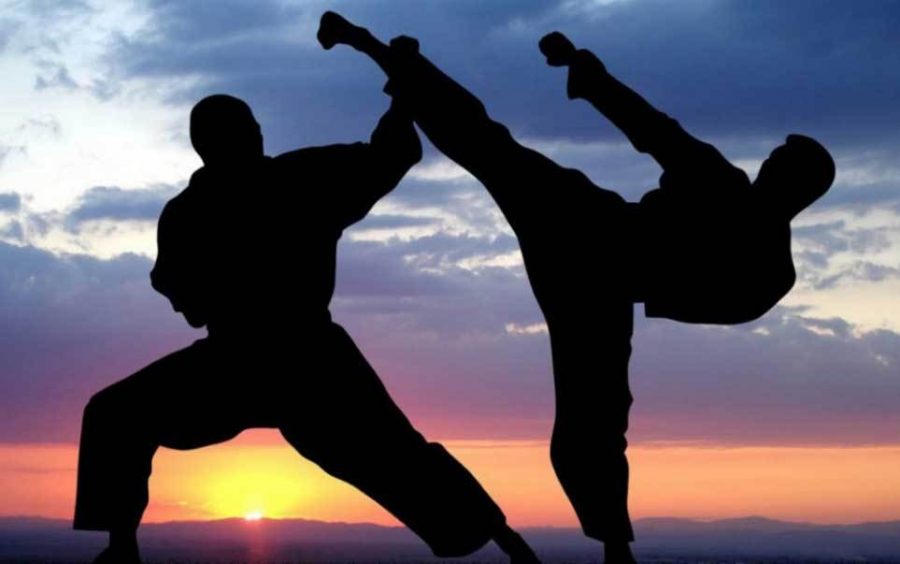 The last Thursday of the 2016-2017 school year, I took the Benchmark Black Belt test as a partner for my best friend and sister, Sarah Wargo. I was really excited,because this is my first Black Belt pretest. But also nervous, because I had no idea what to do while I waited to be called up. The test took a long time about 6 hours and afterwards my mom and I took Sarah home, then went to get something to eat. (I didn’t eat before hand)

The next Thursday I took the actual Black Belt test with Sarah. I was so nervous, because the Grand-master of Kung Jung Mu Sul was the one giving the test. I had to listen to Fairy Tail Main Theme Song two times while my mom braided my hair to calm myself down.

When I was called up for techniques, I let my body go numb and prepare for extreme amounts of pain. Everything was going perfectly Sarah would perform the technique and I would go down. Until, we both messed up on one of the throwing techniques.

I was really upset with myself for making a stupid mistake. People kept asking my mom if I was crying she told them, “No, she’s just upset with herself, she won’t  cry unless there’s a broken bone or she’s bleeding to death.”

The Grand-master’s and my teacher Mr. Myers kept telling me to stay down, but I stood up and got back to it. I didn’t feel any pain, it just went away after a minute. Grand-master didn’t allow me to be thrown after that, so I felt like I had to messed up Sarah’s test. We finished up the techniques and sat down with everyone else, while we waited for the higher ranking black belts to finish there test.

When the higher belts to finish their test, we went on to sparring. When it was our turn to spar I held back a lot, I knew that everyone that’s seen me spar, knew that I held back. I was scared that I would get in trouble for it. Then, after 6 hours of testing my mom and me went to go get something to eat.(I didn’t eat before hand, again.)

The next day we found out that Sarah passed her test. She is now a proud 2nd degree black belt of Kung Jung Mu Sul. I’m so proud of my big sister. I was also confronted by Mr. Myers about the sparring, but I didn’t get into trouble for it. It was a fun experience and I can’t wait for my Black Belt test.