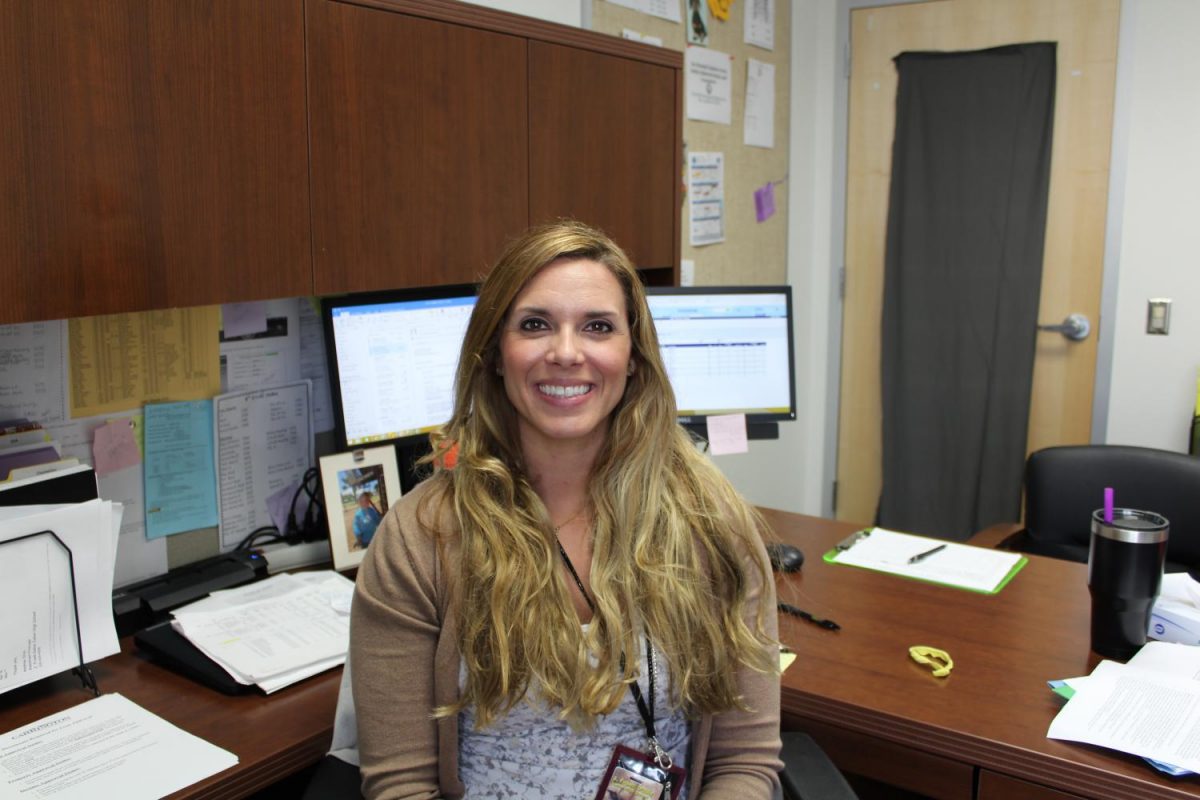 Ms. Ruhd is far from rude, but she always tells people it sounds the same way that the word rude sounds. Ruhd is the new counselor this year at Dobie.

She has been very busy and her days just seem to fly by, she says. She is counselor for anyone with a last name from L to Z.

Ruhd is also new to the Schertz-Cibolo Universal City School District. She came from Judson School district where she worked as a counselor.  “Dobie is similar to other schools with the same family feel,” she said.

At an assembly she was clear of her role at Dobie: “to help build relationships  with students,” she said. Autumn Yoder, 8th grader, said that from the assembly, “Mrs. Ruhd seemed really nice,” she said. “I feel like I could open up to her.”

Ruhd said that approximately 150-200 kids with last names from L-Z got schedule changes in the weeks after school began. Ruhd added that Dobie Prep Days are helpful for everyone because students are able to get their schedules and be prepared before school begins.

We asked a couple of students about what they thought of Ruhd. Camille Jackson, 8th grader, said she is a new student to Dobie this year and Ruhd helped her get her schedule organized.  “She is very nice…she’s welcoming,” she said.

Leila Johnson, 8th grader, said Ruhd helped her on the first day of school. “She helped me with my schedule change because I was on the wrong team. She has a positive attitude. She makes people smile…like she really understands you.”

Daniella Tcheukado, an 8th grader at Dobie, said Ruhd helped her:  “Lay out my whole future. She was able to answer my questions,” she said.

Ruhd is very excited for this year and she said, “GO COUGARS!”