What band is all about 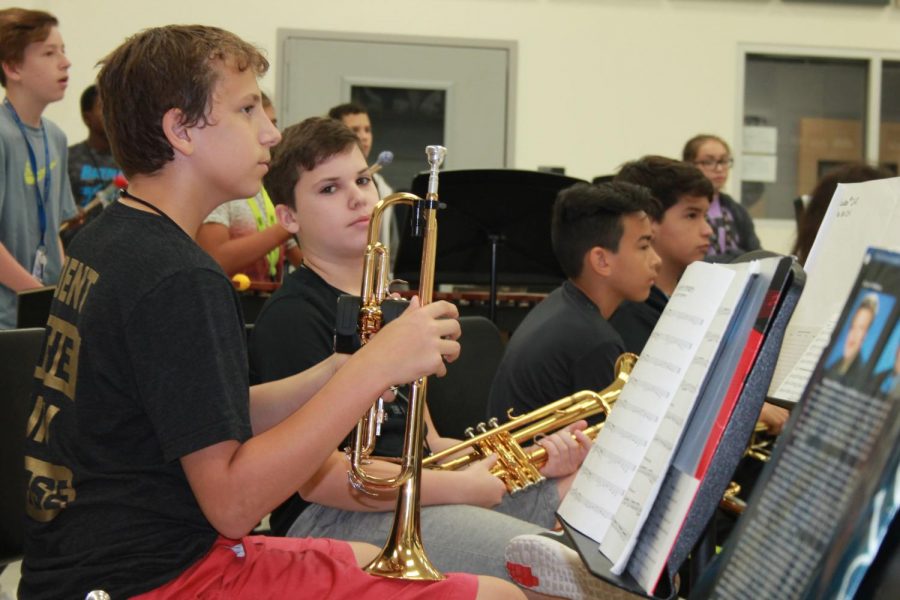 Band is one of the many electives you choose from before school started; however, you might not have given it a lot of thought. Band is a creative subject which compels you to think more artistically and often puts you out of your comfort zone. Band competes against other schools and plays at football games and concerts.

There are five different bands: lab, black, gold, symphonic, and honor- honor being the best. Because of the large number of students taking band this year, Dobie chose to split concert band into two smaller groups: the black and gold bands.  Most students have been playing since 5th grade, while others started off in other grades. No matter what, if you are in band or you are going to join band, you will be placed in the right one where you can play to your abilities.

In band, you will learn the terms of music, like chord, clef, sharp, and flat. You will not only be playing at events, but band will also be having parties after most performances. Last year after band played at a Dobie football game, they had an hour long pizza party. Band also went to Six Flags last year since they had enough money left over from their fundraiser that happened in last November.

This year the band directors, Mr.Barbee and Mr.Daniel, will be taking students that have earned enough extra credit points to four different symphony trips, one in each season. All bands of Dobie Jr. High will be going to Six Flags again this school year in June.

Hailey Davis, 13, 8th grade, says that she originally got into band because she ‘thought it would be fun’. So far, that first impression has been correct (save for the fact that she doesn’t get along with everyone in her class). She’s been playing the trombone for 4 years in school and recently took up the ukulele in her free time. When asked if she would change band for a different elective, she stated that she ‘wouldn’t change it because band is fun’ and she loves to play the Steele high school fight song.

Among the mixed reactions toward band, one thing is for sure: people love the creative aspect of it. It sounds like a very interesting subject and you might consider it in the future.