The fanny pack is back

Fanny pack is both a fashion statement and necessity 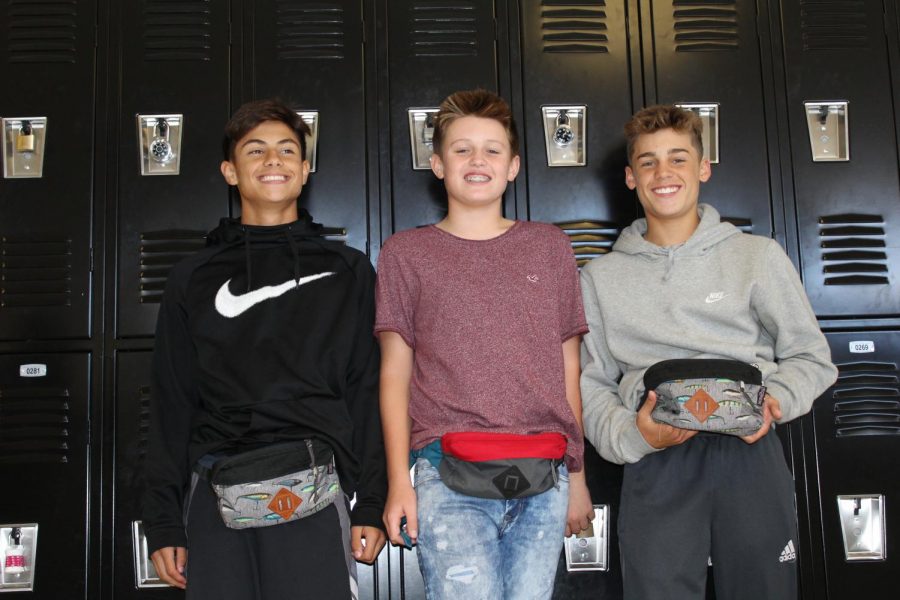 Fanny packs are back in style at Dobie.

Throwbacks to trends and styles of years past is always a thing, and at Dobie throwbacks happen all of the time. One of this year’s trends that takes it back to the 90’s all started with a need — not for fashion. Students were frustrated because of the new no-backpacks-in-classrooms-rule, so they found a solution: the fanny pack.

CJ Dake, 8th grader, was the first out of the few kids here to get a fanny pack. “I got the idea after the whole backpack rule started. We need to carry our stuff and this is the easiest way to do it,” said Dake.

Jacob Coppage, 8th grader, is one of the other trend setters for the fanny pack. He often wears a pink one. “I like having it because it’s easy access to things that I might need in class like pens, pencils, gum, and my phone,” said Coppage.

Called waist pack, bum bag, belted satchel, hands free bag, fanny pack and more, the zippered nylon bag that fits around the waist or hips was popular in the 80’s and 90’s. A Time Magazine article in 2011 pokes fun at the fanny pack hitting the Fashion Runways.

Funny or not, Dobie students are starting to follow Coppage and Dake’s example in this trend, saying it “makes life easier.”

Kyle Cash, 8th grader, is one of the students here at Dobie to follow in their example. “CJ was the one that came up with the idea, so me and Jacob got one because we liked the idea,” said Cash. “It’s also very fashionable and helpful,” Cash said.

Dake, Coppage, and Cash are really good friends and are in some classes together. One of those classes is Mrs. Hecox’s Pre-Ap Algebra. The three boys actually have a group name they go by in her class.

Mrs. Hecox noticed them wearing it on the first day they wore them. “I think it’s a smart idea, but it’s also hilarious,” she said. “They  are always together so I decided to call them the Fanny Pack Crew,” she said.