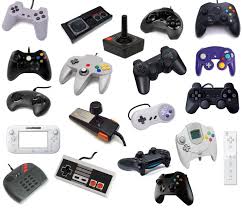 September 28 was this year’s first meeting for the gaming club. The environment felt fun, friendly and exciting. Ms. Loomis is hosting this years gaming club in the library, where members in the gaming club can also check out a book before the end of the day.

Gamers’ club had multiple consoles along with games, one of the most popular consoles because of  the game which was of course the Wii that came along with the game Smash Bro’s.

We interviewed a fellow member of the gamer’s club. Max Belbin a 7th grader in team 7-2 was the student that we interviewed, according to the information that we gathered from the interview he likes RPG’s, his favorite games are FallOut 4 and  Skyrim both of which are popular RPG’s. We asked Max Belbin about what he felt of Gamers Club and he responded with,” I think it’s fun and a good idea.” We interviewed another gamer who goes by Cathryn Booker, she is an 8th grader here at Dobie. She mentioned that she thinks the other meetings will be,” interesting and exciting.” Every Thursday, the meetings will be held in the library, so remember to go and give it a try you might like it.